My Samsung T240 is starting to brake down on me. As you can see in the pictures 2 vertical lines and a yellow patch showed up. The lines are running all the way from the top to the bottom and the patch makes quite a few pixels yellower. 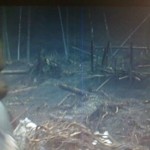 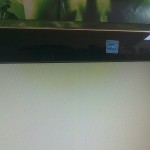 This started about a week ago. First I noticed the blue line and then the yellow patch, but the yellow line appeared just yesterday. Don’t know what’s going on really.

I bought this LCD about a year ago. It’s my second 24 inch monitor. The first one, a Samsung 2493HM, died on me after just 7 months. Fortunately I’ve got a laptop so I wasn’t left screenless, but going from a 24 to a 15.4 is quite a shock. It seems, though, I’m going to have to go through it again. I just hope that Samsung service in Slovenia works a bit faster this time as it took them 2 months to return the money last time.

UPDATE (July 11th 2010): Today I noticed another 2 vertical lines. They are in between the previous blue and yellow lines. One of the new ones is red and the other is blue, but not as bright as the first blue one. I also think that the yellow patch got a bit bigger as well.

UPDATE (July 15th 2010): A bunch of new vertical lines started appearing. Some of them are full strength now and I could swear that the patch is getting bigger by the day. This is starting to get a bit annoying now.