My name is Goran Gligorin. I’m a 29 year old serial developer, programmer, entrepreneur, and a part-time go-kart racer. I occasionally sit on top of pyramids and enjoy the view. 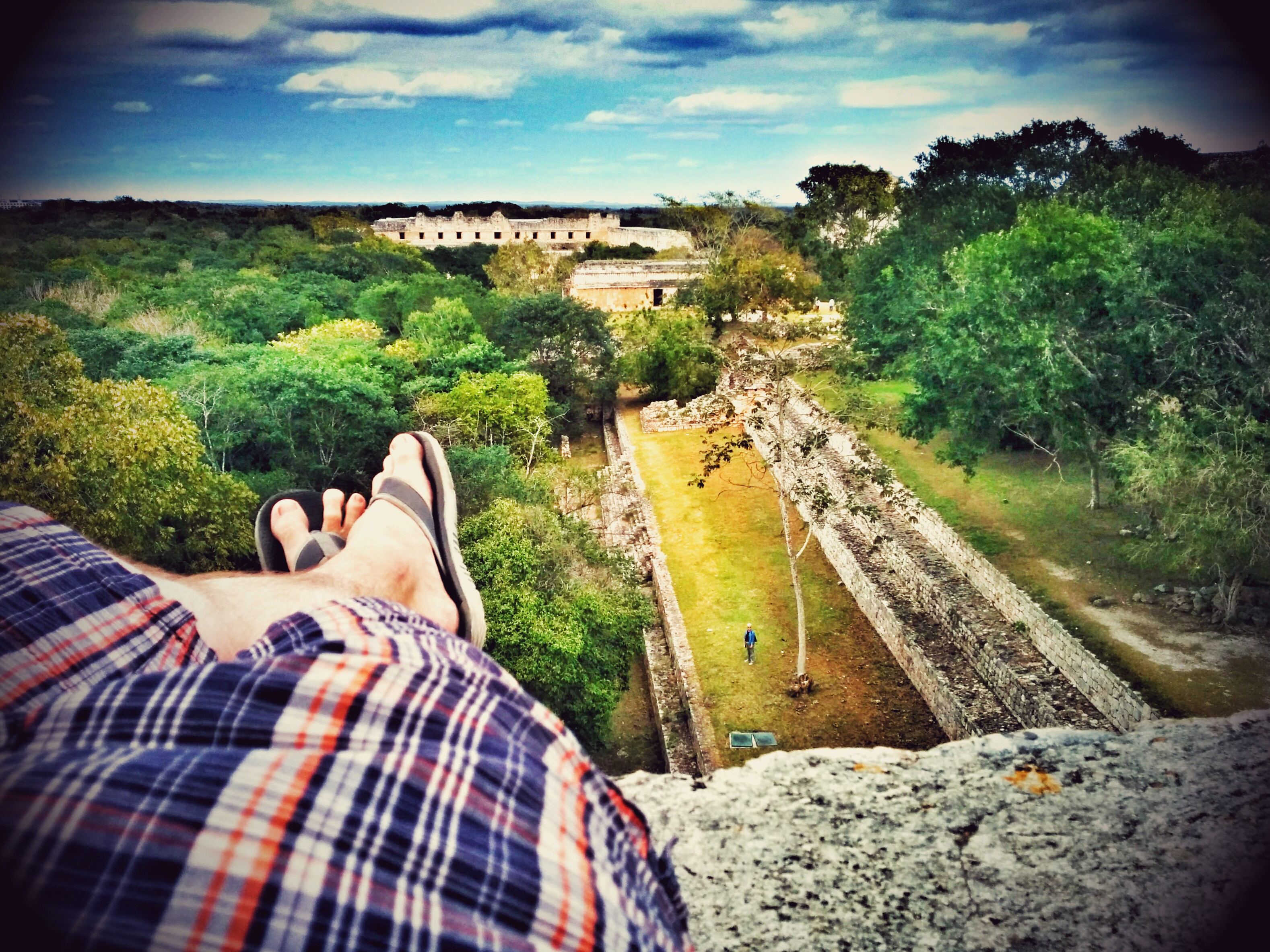 If you wish to ask me a question, hire me, or just say hello, you can do so by contacting me using info on the contact page, but be nice and please email me before calling.

What makes me tick

I love being creative, which is unfortunate, because I can’t draw, sing, or write. Luckily I discovered at a young age that those are not the only ways I can express myself. I found computers and I quickly learned how to make them do what I want - programming.

My main passion is development. Any kind. Be it applications, web sites, digital products or personal. I love imagining things and then creating them, in a team or on my own. If you’d go through my computer (not really recommended), you’d find all sorts of projects, ranging from notes on ideas to solutions with tens of thousands of lines of code.

The drive to find creative endeavors has taken me from working at companies small and big as a developer, creating multiple websites as an internet marketer, to creating my own digital services as an entrepreneur.

What I do for fun

While I like to think that my work is fun, it’s not the only thing I enjoy.

I love to travel. When I was a child, my grandparents lived in Serbia, about 450km from my home. My parents and I would make the journey to see them at least a few times a year. Even though these trips took up to 8 hours, they never used to bother me. I would either sleep on the back seat of look at the land we were traveling through. This seems to have made a lasting impression, as I always love to go places. I’ve visited a few far away places, but desperately want to see more. Especially if my friends are with me.

I’ve loved sports from when I was a little boy and I still do. From wakeboarding at sea to snowboarding down a ski slope, I’ve always loved adrenaline. In its latest incarnation that has brought me to start racing in sports go-karts. You can see me going round a bend in the picture blow. 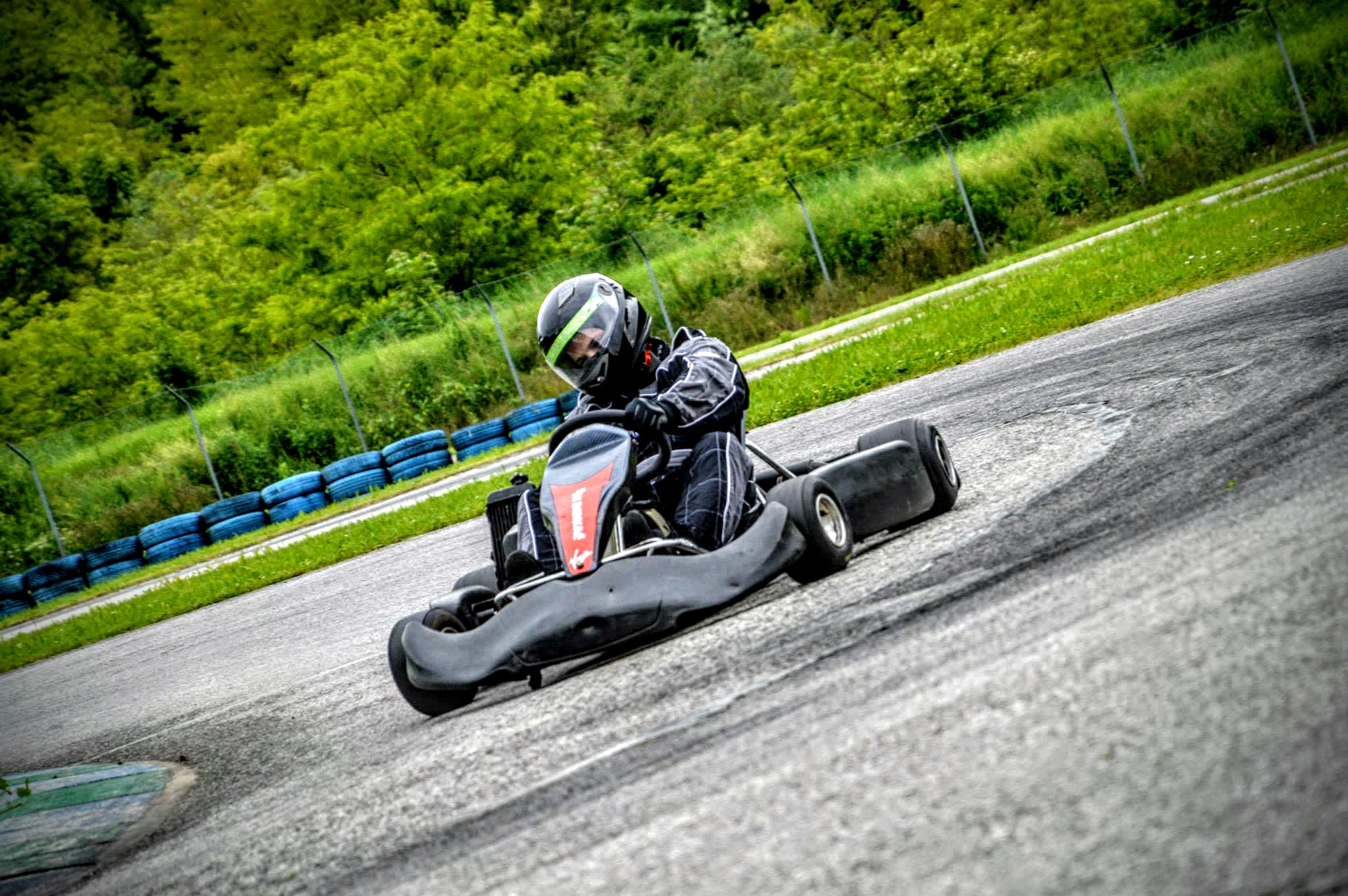 I’m also a runner. I like keeping in shape and, if the weather allows it, I’m out there putting miles on my running shoes at least every other day.

Recently I also developed a passion for reading. I wasn’t much of a reader when I was young, but as I grew up I’ve discovered an attraction to the written word.

I grew up in a small town called Lendava in Slovenia. Although the life around me was slow, I was always a lively child. I liked playing in the backyard, kicking around a soccer ball, riding my bike and later my skateboard. That is until I got my first computer at 9 years old.

My first video game, Wolf 3D, came on a small 3.5” floppy disk. My friends and I spent a lot of hours playing that game and to this day I consider myself an avid gamer.

Not long after I was introduced to my first programming language by my father. It was a BASIC dialect called GW-BASIC. I still remember having fun with printing out colored lines of text with it. It wasn’t much but it sparked something in me.

A couple of years later I joined a newly-formed computer lab at my elementary school where I really started learning programming using a language called LOGO. I loved inputting commands in its little terminal an moving around the little turtle. My programs became more complex and soon I reached the national championship in LOGO.

Visual Basic 5 was the first real programming language I learned. Not that LOGO wasn’t real, but back then there was no way of creating stand-alone applications. I still remember the thick VB5 reference book I my parents bought me. I would use it to create various little programs and later on even games. I made my own clone of Arkanoid, snake, and many others.

While computers and programming were taking up a lot of my time, it wasn’t the only thing I was interested in. I took up football (the kind where touching the ball with your hands is a foul), later a joined a Taekwondo and ranked up to the yellow-green belt. By the end of my elementary school days I also started skateboarding.

After I completed my primary education, I went to a Gymnasium (the school, not a gym) in Ljutomer. My computer enthusiasm was soon recognized by my computer science teacher who got me involved in managing the school’s website and other computer related duties with a few friends. By the time I graduated there was no doubt in my mind what I wanted to study.

I enrolled and got accepted to the Faculty of Computer and Information Science in Ljubljana, the capital of Slovenia. In 2011 I received my Bachelor of Computer Science degree.

I was during my college days that I really got into programming. I switched from Visual Basic and later Visual Basic .NET to C#, which is now my programming language of choice. I dabbled in 3D video game programming, but later found my passion in web development, which also landed me my first few jobs.