Today I finally received, my first HostGator commission. It’s actually my first earning online and the $50 I made isn’t that shabby 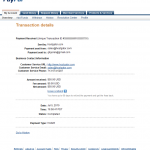 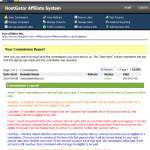 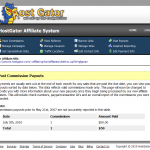 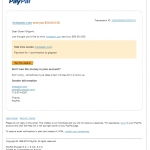 This all started 3 months ago. My friend was massing around with affiliate marketing and showed me what great payouts HostGator has. So I made an affiliate account. I knew I’ll use it once, but wasn’t planning on it yet.

I’m also a member of Aardvark, a Q&A network. Have been for quite a while now. A year, maybe more. So I was just doing my own thing when a MSN window pops up. It was a question from Aardvark and this is what happened - vark.com/t/2ac765 (no longer available). I know my marketing techniques aren’t the best but it worked here. The guy liked what I said and bought the hosting. And so I made my commission.

HostGator has a bit of a confusing payout schema. According to When and How Often Will I Be Paid section of their Affiliate FAQ, one is eligible to get paid 60 days after the commission was made. That’s 2 months. I made mine on April 7th so I was all good on the June 7th. This means that I should have gotten paid last week, but I wasn’t. No really sure why. But that really doesn’t matter now

This money will probably go towards buying my own hosting as I’m currently leeching off of my roommate’s. It’s a shame HostGator doesn’t have any shared Windows hosting plans as I need it to host my ASP.NET MVC websites. Although they did have beta testing in late 2009. I wonder whatever happened with that…

The (30 Day) Challenge
A Melody Softly Soaring Through My Atmosphere